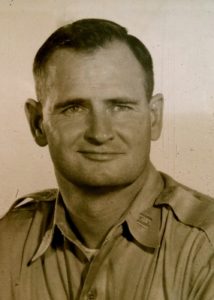 My mother never understood the wave-particle duality of electromagnetic phenomena. She had no interest in the fact that objects traveling near the speed of light shortened in their direction of motion. And she never grasped how an airplane managed to stay up in the air at all, even though her husband flew planes for a living.

All she knew was that when you flicked a light switch, the light went on. When you turned the key in the ignition, the car started. It didn’t do you any good to know how things worked. Life was complicated enough. End of story.

As kids, my sister and I were prone to agree with her.

My father was the complete, polar opposite. He wanted to know how things worked. Fine for him, but the downside was that he wanted to tell you all about it. In detail. Like there was a test on whatever he was explaining at the end of the day. So if you were foolish enough to ask why the dryer wasn’t working, you quickly found yourself ambushed and subjected to a dissertation on blower wheels, heating elements and dryer drum rotation motors. The three of us just wanted to know when it would be fixed.

My sister Deb and I usually just waved away his encyclopedic knowledge, considering him to be a hopeless nerd. Of course, we were at that age when anything our parents said, did or wore left us shamefaced. Our parents could have been Annette Bening and Warren Beatty and we’d still find a number of reasons to be embarrassed by them.

But as I’ve grown and matured, I’ve come to appreciate what a smart man he was. He could turn a vacation travel trailer into a huge radio antenna using just a length of insulated copper wire, a metal ground stake and a clothespin. He could rewire or replumb a house, change out an engine block, or invent a snow-pushing device that would clear a driveway in a faction of the time required by conventional snow shovels.

Overall, I never stopped to consider how he got to be so smart. After all, he never took more than a few college courses that were abandoned in favor of raising a family. But there was something about the way his brain was wired. He was naturally curious, logical, and imaginative. I chalk it all up to the Popular Science magazines and Time-Life Books nature books he received in the mail each month. He didn’t read them. He assimilated them.

I never inherited from my dad the desire to hunt, fish or play in team sports. The one thing I did get from him, however, is a brain that’s curious, always on the hunt to learn more. Consequently, it also likes to share that knowledge with those around me — whether they want to hear it or not.

Oh well. I guess the apple doesn’t fall far from the tree.