This article ran in the Los Angeles Times on Saturday, June 29, 2018. They had to censor some parts and cut a bit for space. I understand completely. But I decided to let loose here. You have been warned.

I wasn’t very smart when it came to dating. Or was I? 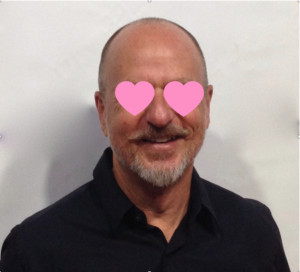 I like to think of myself as a pretty intelligent guy. Logical, analytical, able to reason things out.

If I’m not cycling around Griffith Park, I’ll spend my free time watching documentaries on YouTube about chaos theory, parallel universes and anything to do with Einstein. I have books stacked in tall piles on my bedside tables covering a bewildering array of subjects, from theories of time to the history of the Dutch people to Murakami novels filled with talking cats and disturbing passages of incest.

But when it comes to dating, my prized intellect goes completely out the window. I’ll date a guy with more red flags than a communist parade, ignoring warning signs that would cause most people in my position to move out of town and change their phone number.

I should’ve known there was something wrong with Dan, a native Angelino I dated not too long ago. Each date would begin with me doe-eyed and hopeful, excited as Dan would proudly chaperone me around to some of the more unusual sights of Los Angeles. The Natural History Museum was fun. So was Clifton’s with its taxidermied creatures and fake vegetation, which looked pretty much the same as the Natural History Museum—just with food added. We had a French-dip sandwich at Philippe’s. But inevitably, somewhere in the middle of each date, Dan would turn confrontational and sucker punch me with some sadistic comment or question out of left field. At first, I thought he suffered from Tourette syndrome and gave him a free pass, grateful that he hadn’t called me a dirty cocksucker or a motherfucker. But as time went on, I realized I was continually caught in the crossfire of anger directed at his belittling father and successful sister who made fun of him because he fixed computers for a living. When he dropped me at my apartment for the last time, I texted him that maybe he should investigate some anger management classes.

Then there was Mark. He was damaged, fragile, and unemployed. But he made up for it by being uncommonly handsome and considerably younger than me. As I overlooked shortcomings that would’ve sent most people packing, I convinced myself that I could fix him and have amazing, bed-breaking sex at the same time. The trouble with that plan is that it soon resembles the plot of a predictable pop-culture movie, where you get shortchanged on the wild sex and the unstable guy either ends up strung out on heroin, strips your apartment of anything valuable while you’re out, or you come home one day to discover your pet rabbit bobbing up and down in a kitchen stockpot like in Fatal Attraction. Yet I forged on valiantly, trying to boost his confidence with a series of ineffective platitudes while he hit me with a succession of texts that sent my lower jaw plummeting to the floor. He asked me if he could go to San Francisco with a guy who had the hots for him and agreed to pay his way.

The last straw came when he announced that instead of spending Christmas eve with me and a good portion of the next day as he had promised, he would have to squeeze me into one or two hours on Christmas before dashing back to Orange County.

Then there was Otis. At least I was smart enough to call it quits after one excruciating dinner with him in Century City. Over a plate of pasta primavera, I had to listen to how everyone in Los Angeles was an unsophisticated rube, why New York was so much better, and then had to hear him brag about the obscene piles of money he possessed. This from a guy who would buy loads of household items from a local department store, use them, then promptly return them as if the store was nothing more than a convenient rental outlet.

Over and over, I would ask myself why I ended up with guys like this. Didn’t I see the danger signs? Had I taken leave of my senses? Maybe my standards were too low?

Then it hit me: I did have standards. Every time I said no, the clearer they became. And the more I said no, the easier it was to spot a maybe when one stumbled across my path. My brain was working just fine, thank you very much.

And there is at this moment, a maybe. We’ve moved past the no phase and are heading perhaps toward a yes. We’re not in a rush, so we continue to see each other, just enjoying the ride and spending time together.

(update October 31: The maybe mentioned above has become a yes. I got engaged to a wonderful man while in London last week)