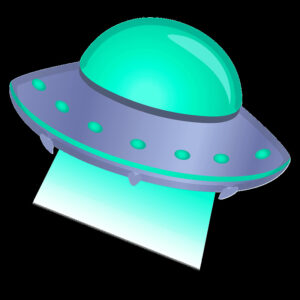 It’s all your fault, Earthlings. We didn’t plan to end it this way, but we had no choice.

For thousands of years, we’d been watching your progress as a species and we thought you showed promise. Sure, we had to turn a blind compound eye as you slaughtered each other by the millions, trashed your planet and invented Crocs footwear, the ugliest things ever to grace a foot other than a case of gout.

Growing pains, we told ourselves. Look on the sunny side of the street we assured ourselves. You humans managed to invent democracy, poetry and Krispy Kreme doughnuts.

By 2004, we’d given you guys the green light and felt you were ready to take the next big step: making contact. We sent our hypersonic Tic Tacs to draw your attention and even dragged out some old-fashioned flying saucers—because you expected them.

Once you got used to us, our gold-plated pyramid spaceships were set to descend out of the sky and Tilda Swinton (yes, she’s one of us) would then impart the gift of eternal life, unlimited energy and asteroid-zapping, non-Jewish space lasers. All systems were go.

Then Donald Trump was elected president. We slammed on the brakes of our Nebula 9000 hypersonic speeders so hard, you could hear the screech all the way to Andromeda. The Big Reveal was put on hold as we waited to see if you fuckers had temporarily lost your minds. The idiocy continued to spread. Rudy Giuliani. The Pillow Guy. Marjorie Taylor Greene. Stolen elections. Cancer-causing windmills. Dangerous COVID vaccinations. And still, Pizzagate! Don’t get us started on Putin, Bolsonaro or Marine Le Pen.

You couldn’t pry a quantum-entangled multidimensional teleporter out of our cold, dead appendages with Dr. Who’s Sonic Screwdriver now. The deal was off. No reveal to mankind.

We’re well aware that you’re planning great things. You’re going to Mars—great, even though there’s no life there, trust us. You’re building a fusion reactor in France that promises limitless, clean energy. And you’re finally going green. But you’ve still got the Fat Orange One, Facebook and Fox News. You’ve got a long way to go.

We’ll swing back by your solar system in an eon or two to check on your progress. But, the way you’re going, a snowball would have a better chance on Venus than us finding you guys still in one piece and your planet not looking like, well, Venus. Good luck, people. You’re gonna need it.

P.S. By the way, you might want to pay attention to the asteroid Apophis which is scheduled to swing by Earth in 2036. Your scientists say it has no chance of hitting earth, but trust us—it will. We’re way better at math and geometry than you. Shame you don’t have an asteroid-destroying laser.