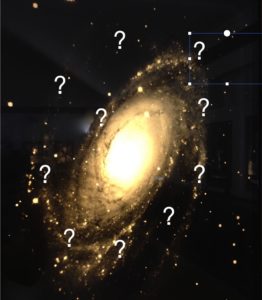 “Captain, we examined the gas planet with the fantastic rings.”
“Gina 954?”
“Yes. No biomarkers, even though it seems perfect for life: mostly hydrogen and helium, with traces of methane, ammonia and water. Temperature is minus 279 Fahrenheit, windspeeds 1,100 miles an hour.”
“Sounds like heaven. Damn! We’re were so close.”
“What about the planet with giant red spot?”
“Pretty much the same atmosphere as Gina 954. Lots of radiation, though. Again, so close but yet so far.”
“And the one further out, the rocky planet we passed on the way in?”
“It’s too small to be a planet.”
“But I think it should be called a planet.”
“Well, according to the rules, it’s a dwarf planet. We can’t call it a true planet.”
“It’s still a planet to me.”
“Our leaders have spoken: Dwarf planet.”
“We’ll see about that.”
“Whatever, sir.”
“But no atmosphere?”
“No breathable hydrogen or ammonia.”
“What’s after the planet with the big red spot?”
“Asteroid belt, probably the debris from early solar system formation that never coalesced into a planet. Four planets after that. One too close to its star. The next a hot cauldron of sulfuric acid. One dusty red one just after the asteroid belt.”
“You said four planets.”
“The third out is just a pale blue dot. Not a chance of life there.”
“How can you be so sure?”
“Spectral analysis shows that the atmosphere is composed of corrosive oxygen, nitrogen and a lot of carbon dioxide.”
“Ugh!”
“Covered with liquid and frozen water. Average temperature about 70 degrees Fahrenheit. Insufferable. Lots of electromagnetic radiation coming off it, but we think it’s generated off the magnetic fields from the iron core. Just static … can’t make any sense of it.”
“Anything else worth looking at?”
“Naw. We might as well turn around. This solar system is dead, dead, dead.”
“Boy, preliminary analysis showed a lot of promise, and now, nothing. We might have to revise our ideas about the universe being full of life.”
“I know. Our calculations seemed so right.”
“Life should be everywhere.”
“Exactly. So where is everybody?”